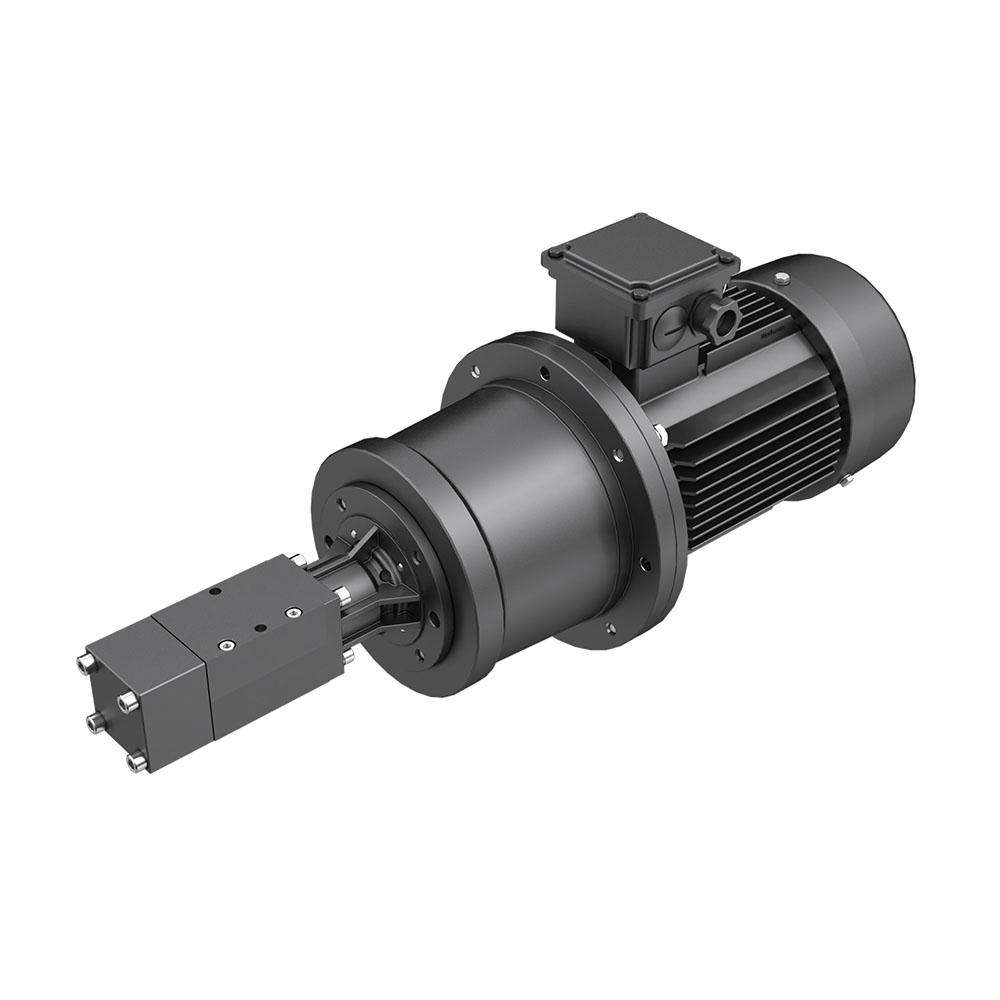 The pumping station is installed on metalworking machines and is designed for pumping non-aggressive liquids without abrasive impurities, kinematic viscosity from 3x106 to 760x106 m2/s at temperatures up to 100 °C.

The pump itself consists of a housing, which is a block with three adjacent cylindrical bores and consisting of two identical parts connected with screws and pins. Inside the housing are the working parts of the pump: the drive screw and two driven screws of smaller diameter, located symmetrically with respect to the drive screw and serving to seal it. The threading profile of the screws is special, ensuring their mutual conjugation. Two-way screw cutting. On the leading screw - right, on the driven left. According to the principle of operation, the pump is volumetric. When the pump is running, the pumped liquid, entering the suction chamber, fills the screw cutting cavities. The screws, rotating, cut off a certain volume of liquid from the suction chamber.

When installing the pumping station, a special container should be provided to collect leaks.

Despite the presence of drainage holes, it is recommended to provide a safety valve in the system that protects the pump and piping system from excessive pressures that may occur during emergency shutdown of the pressure pipeline during operation. For example, safety valve VMP 3/4" 10-180 BAR.

The pumping station is controlled by the Pump Control Cabinet.

The control cabinet of general industrial design is designed for operation at an ambient temperature from -10°C to +40°C under a canopy or in rooms where fluctuations in temperature and humidity do not differ significantly from fluctuations in the open air and there is a relatively free access of outside air (lack of direct exposure to solar radiation and precipitation).

Structurally, the pump control cabinet consists of a shield with a mounting panel and control and signaling elements on the front panel.